Avensys was featured in this month’s Health Estates Journal. 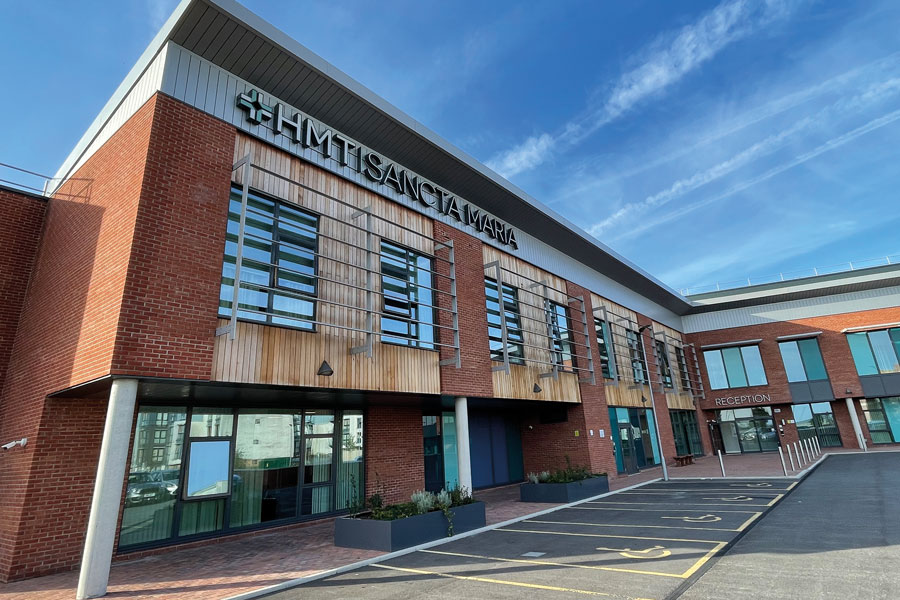 The Healthcare Management Trust, a not-for-profit healthcare specialist which owns and operates the new £25 m Sancta Maria Hospital in Swansea’s SA1 waterfront district, was registered with the Charity Commission in 1985. The hospital’s roots go back considerably further, however – to 1958, when surgeons, Mr Tanner and Mr Cellan-Jones joined forces with Ursulines of Jesus nuns to take over the former Brunswick Nursing Home on a site in Uplands in Swansea and turn it into a sixbed private nursing hospital, renaming it Sancta Maria.

Significant subsequent milestones included the completion of a larger premises combining Sancta Maria with the neighbouring Mirador in 1962 – with a new operating theatre and more patient rooms, the ‘gifting’ in 1980 of the hospital’s first X-ray unit, and the hospital’s role changing, in 1983, from principally providing care to the elderly, to offering medical care services to a wider patient group. In 1988 HMT invested £500,000 on improvements and equipment. Several expansions and improvements took place at the Uplands site over the years, but around three years ago – in recognition that some of the existing buildings were no longer fit-for-purpose – plans were developed for a new, purpose-built premises in Swansea. The site chosen for the new private hospital and diagnostics unit was Lamberts Road in Swansea’s waterfront district.”